The club recently received the very sad news that former coach and official John Brash passed away earlier this week. 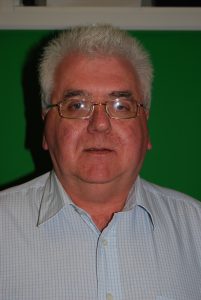 John was involved with Lasswade AC for many years as both a coach, official and also as a parent as his son Martin was a member. John was seen regularly at training on Monday and Thursday nights where he collected subs and also coached. High Jumper, Robert Ferguson, was one of the athletes that John coached up to 2013 at which point he had won numerous Scottish Championships at age group level with a best jump at that point of 2.05. A credit to John and his coaching knowledge

John was also a qualified official and was a regular at events throughout the year both track and field and cross country competitions. In addition John and his wife Rebecca also found time to support club events preparing food for officials and volunteers who gave up their time to support Lasswade AC.

John was a great asset to the club and he took on many different roles happy to lend a helping hand wherever it was needed . He will be sadly missed by all at Lasswade AC.

Sincere condolences to Rebecca and family from all at Lasswade AC.