The 39th installment of Lasswade Athletics Annual Ten Mile Road Race proved to be one of the toughest in its history as weather conditions came close to preventing the race going ahead last Sunday. Overnight and morning downpours had left two sections of the course under almost a foot of water and impassable to most vehicles. In the end though the race did go ahead, much to the credit of the runners, marshals and officials who took part. And what a race it was.

Prior to the start of the race, runners and officials observed a minutes silence inmemory of Kenny Marshal. This was the first Road Race since we lost Kenny and it was a fine tribute to a fine man who had contributed so much to both athletics and the community. 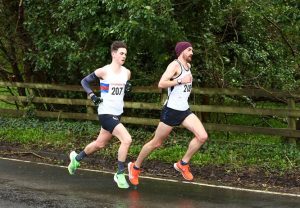 The course was in such a state that you would  have expected times to go out of the window, however that did not happen. From the start Corstorphine AAC runner Michael Crawley and Lasswade AC runner Christian Graham set a blistering pace, pulling away from the field, pushing each other on every step of the way. This was all the more remarkable given that at just 19 years old Christian was one of the youngest to have run this race.  All the way through Roslin Glen and past Auchendinny the two raced on neck and neck, however in the closing miles Michael managed to establish a decent lead. Despite a spirited finish from Christian he could not close the gap as the pair made their way through the most treacherous sections of the course, with Michael negotiating the final challenges to come home winner.

The winning time of of just 53m & 48s, over 3 mins faster than last year’s race, was remarkable given the conditions. Finishing just 21 seconds, and first in the Under 20 age group as well as first Lasswade runner home, Christian Graham can be more than proud of his debut in the race. Another top performance came from Telfer Gray. Like Christian, Telfer is another young runner with a bright future. The U20 Central AC athlete couldn’t hold the pace of the front two but was strong throughout and finished 3rd in a time of 59 min 05 seconds. Last year’s winner Adam Gray returned again for this year’s race and produced another fine run finishing in 4th place. 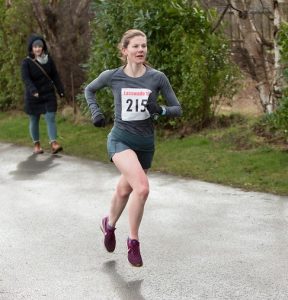 Winner of this years Female Race was unattached athlete Catriona Probert who ran a strong race throughout. After establishing a lead over the rest of the women in the field, she finished  in another great time of 70.17. The win also secured top spot in the Masters and Midlothian Prize categories for Catriona. Second place went to Dundee Hawkhill Harriers runner Gemma Dolan in a time of 71.05, with Edinburgh AC’s Lyndsey Fraser not far behind in third. 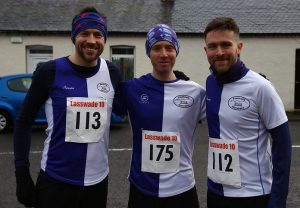 In an update to the Winners of the Female Team Event the eventual winners were Musselburgh and District Athletics Club.  The original results had missed out 2 of the Musselburgh Teams runners. After revising the results the team of Suzanne Beattie, Sarah Burrell and Fiona Watson came out winners by 26 points. Edinburgh Running Network,  finished second with Zorana Tasovac, Alison Rowe and Elizabeth Welsh scoring the points need. Penicuik Harriers claimed back to back wins in the Men’s Team event with last years winner Adam Gray joined by both John Gibbs and Ceadach Morton in the top ten. Second place went to Edinburgh with Gala Harriers in 3rd and Lasswade in 4th. 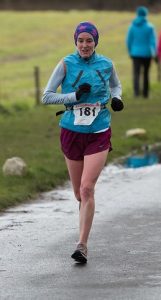 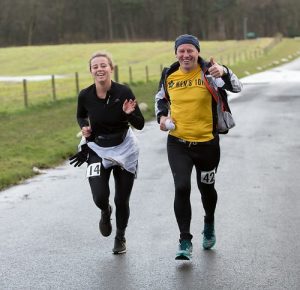 On the day though everyone who competed, from first to last, was a winner. Pushing themselves to the extreme and carrying on until the end when most would have given up. A special mention should also go out to the volunteers who turned out in force to support the event and ensure that, despite the conditions, the event went ahead as well as it did.

The Race will return again on Sunday 7th March 2021. We hope to see as many people back as possible. Thanks for your support, effort and enthusiasm.

A full list of the winners, in each of the different categories, can be found at the following link:  LAC 10 Mile RoadRace Revised Results V1

Upcoming Events in the area:

Thanks to Keith Kong for another set of great photos. To view more go the the club flickr page   Lasswade Road Race Photos