The above event took place at the Emirates Arena in Glasgow on Friday 03/01/2020, the first championship event of 2020.

Lasswade AC had four athletes in action over the ten 3000m races.

The first to race was U20 Sarah Tait who has had a good start to the winter season over the cross country. Sarah continued her good form running very well and finishing just outside the medals in 4th place smashing her PB by 20 seconds running 10.05.18 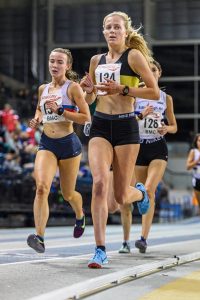 Next under the starters orders was Harry Henriksen (U17). Having had a slow start to the season due to a sore heel Harry was keen to run well. The race set off at a fast pace but Harry stuck in and ran a strong race to finish 3rd U17 knocking 7 seconds of his PB running 9.14.88. 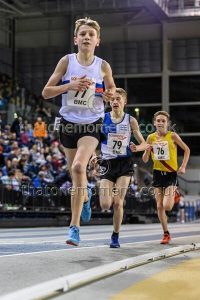 Lasswade AC had two more athletes competing and Magnus Tait was the next off. These races are ceded so the races gets faster with each heat and the pace is fast from the gun. Magnus went off quick, dug in and was rewarded with his first sub 9.00 minute clocking in a time of 8.56.12 knocking 4.5 seconds from his previous best. 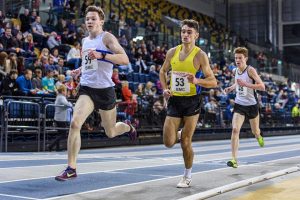 The final Lasswade AC athlete competing was Christian Graham. Christian was in the penultimate race of the evening. Having shown good form over the cross country so far this season he was looking to convert that form onto the track. This race set off at a quick pace, Christian also set off quickly but sat back off the pace of the leaders. In the final kilometre Christian maintained his pace as others faded resulting in him passing some of them to finish 3rd U20 in a new PB of 8.40.20 taking 3.5 seconds of his previous best. 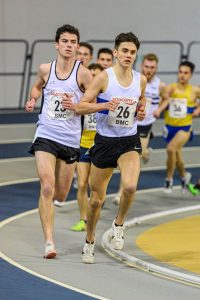 Congratulations to all of the athletes on their performances and new personal bests. A confidence booster ahead of next weeks cross country race in Stirling.

Great to see how some of these athletes have continued their training as they adapt to life at university and away from home.

Well done to all of you.

This entry was posted in News and Info, Track and Field, Uncategorized. Bookmark the permalink.